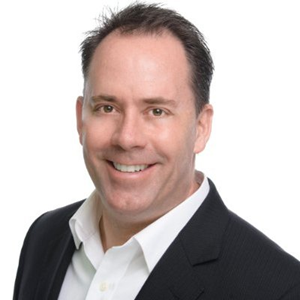 Greg’s experiences with professional development trace back to the early 2000s when he took a leadership position with insurance giant, MetLife.   As the Director of Marketing for MetLife of Greater Maine, Greg launched a series of innovative programs which would soon change the way business was conducted.

Over the course of the next ten years, his reputation and responsibilities expanded throughout the United States.  In addition to being a featured presenter in six consecutive national conferences, he made the move to Charlotte to take over marketing operations for one of MetLife’s largest firms.

After two years of steady growth and two articles about his techniques appearing in LEADERSHIP Magazine, he was promoted to the position of Strategic Consultant for the Field Implementation Team, a national level position that had him working with top advisors and management teams  from New York, Miami, Chicago, Atlanta, Detroit, New Orleans and Washington DC.

In 2012, Greg accepted the position of Director of Marketing & Practice Management at Guardian’s largest firm in the Southeast.  Soon after his arrival, he launched a practice management program that translated into double digit percentage growth among the firm’s top advisors.

The more time Greg spent among the industry’s top advisors, the more he realized that the structure of an individual practice was something industry leaders were leaving to chance.  In sharing the techniques he had developed along his journey, Greg was able to improve business plan execution, effectively address time management issues and drive performance.

In 2016, Greg fulfilled a long-held professional goal and helped launch Poterus Consulting, a firm which provides consultation and coaching in the areas of advanced sales training, practice management and leadership development.

Greg has an undergraduate degree in Political Science and a Master’s Degree pending in Public Policy and Management.  He has served on the Board of Directors for Big Brothers Big Sisters and is currently on the Board for One Warrior Won, an organization which addresses the needs of returning veterans suffering from PTSd and TBI.

Greg continues to run and play Men’s league hockey. He is married and lives in Charlotte, NC with his wife, his ridiculously active children and his beloved Rottweilers.

Back to Our Story
Scroll to top